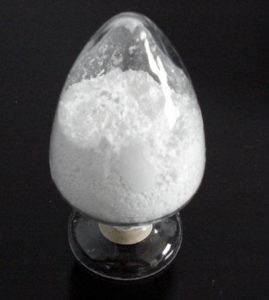 Introduction：NaY molecular sieve means sodium molecular sieve with Faujasite (Y-type) crystal structure, and it is a kind of aluminosilicate of alkali metal. It can absorb molecules with critical diameter no more than 10A. It has been widely used in adsorption separation, catalysis, ion exchange and many other areas due to its unique three-dimensional pore structure.

Application：Mainly applied to the preparation of FCC catalyst as the source of active component, dehydration, the desulfurization of hydrogen and the purification of industrial gas.

Introduction：USY molecular sieve is a kind of Y type molecular sieve which is one kind of product from NaY after a series of treating process (such as ammonium salt exchanging, hydrothermal stabilization, chemical isomorphous substitution, etc.). The unit cell, density of acid site, acid strength and rare earth content of molecular sieve can be adjusted to meet requirements of different catalyst.

Application：Mainly used as the active component of FCC catalyst and the carrier component hydrocracking catalyst.